Written by Stan Ingersol
From his column Past to Present 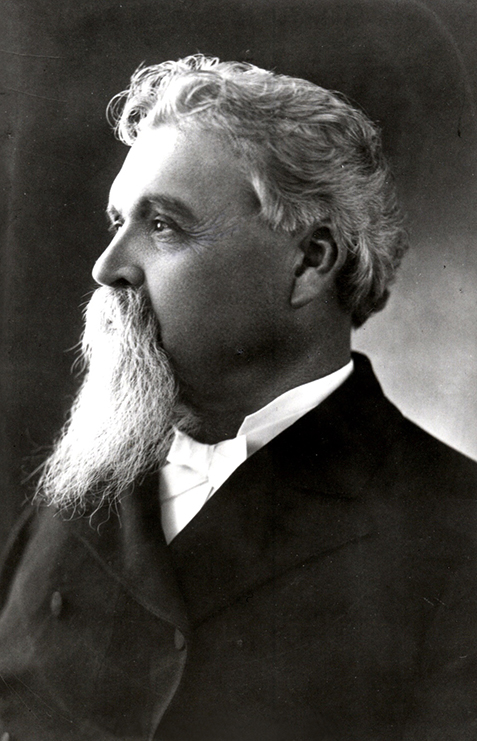 The three groups that formed the Pentecostal Church of the Nazarene had different polities. The eastern church was congregational, the southern church was largely presbyterian, and the western church enshrined a version of Methodist Episcopal (M.E.) polity—itself a blend of episcopal and presbyterian features. Bresee’s Manual for the church in the West, and therefore his polity, became the template for that of the united church.

Bresee innovated in the early years of the Nazarene movement but was “reverting to type” by 1904, returning to practices and procedures he had known as a Methodist. This was apparent when he created the first Nazarene district in 1904 and appointed the first district superintendent.

One of Bresee’s bishops appointed him presiding elder (district superintendent) of the Winterset District when he was only 25, and the appointment was renewed a second year. It required near-constant travel over the vast Iowa prairie, checking on the other preachers, presiding at quarterly conferences, and conducting Communion services. A quarter-century later, he was presiding elder of the Los Angeles District in the Southern California Conference.

In 1903, Bresee embarked on a methodical path of sect expansion by traveling more widely and deploying C. W. Ruth, the assistant general superintendent, to organize new churches. The network of congregations grew, creating a need for closer supervision than general leaders could provide. The Northwest District, created in 1904, encompassed the states of Washington, Oregon, Idaho, and Montana.

H. D. Brown was appointed superintendent. He and Bresee were acquainted since at least 1867, when both were preachers in the Des Moines Conference of the M.E. Church. Harrison D. Brown was born in 1846 near Burlington, Iowa. He made a profession of faith at age 10 during a revival meeting. He entered the ministry at 20, serving as junior pastor on a large circuit. He married in 1870. Looking back, he noted: “We traveled on circuits and preached the gospel to the poor. Sometimes we were entertained in dugouts.”

He received some schooling from Simpson College and Garrett Biblical Institute. In time, better churches came along and, in 1877, he began a four-year stint as a presiding elder in the Northwest Iowa Conference.

He transferred to the Dakotas, where again he was a pastor and then the presiding elder of the Bismarck District. He professed entire sanctification during this time and grew active in the holiness movement after becoming acquainted with National Holiness Association (NHA) leaders John Inskip and William McDonald.

A bishop asked Brown to transfer to the Puget Sound Conference to be a presiding elder there. He served in the office for three years, then became pastor of Grace M. E. Church in Seattle.

Brown returned to the Midwest after his wife died.

He met Libbie Beach in Nebraska. She was superintendent of the Home of the Friendless in Lincoln and a prominent figure in the Children’s Home Society. He developed a deep interest in her work after they married.

He was asked to supervise the society’s operations in Washington and Oregon. He agreed and returned to the Pacific coast in 1896. A few years later, the work in Oregon was separated, and the Browns founded the Washington Children’s Home Society, of which Libbie also served as superintendent. He served simultaneously as pastor of the Battery Street M. E. Church for seven years.

He learned about Bresee’s Nazarene work in Los Angeles from NHA evangelists who conducted revival meetings at Battery Street Church. In 1902, C. W. Ruth organized a Nazarene congregation in Spokane and appointed Mrs. Elsie Wallace as pastor. Six months later, Bresee visited Spokane and ordained Mrs. Wallace to the ministry. He then visited Seattle and met with Brown. Brown decided to place his church membership with the Spokane congregation and transfer his credentials to the Church of the Nazarene.

Bresee returned to Washington in 1904, intending to appoint Elsie Wallace as the first district superintendent. She, however, argued that Brown had the necessary background and experience. Brown accepted the position and served in it until 1909, when DeLance Wallace, Elsie’s husband, succeeded him.

Brown was active in many General Assemblies. After the first, held in Chicago in 1907, he traveled south with fraternal delegates from the Holiness Church of Christ. He met with their constituents, explaining the goals and procedures of the Pentecostal Church of the Nazarene, and paving the road to the Pilot Point assembly. In the 1910s, he made visits to western Canada and helped launch the Nazarene work there.

Brown was deeply invested in social ministries throughout his Seattle years. He drafted a state law providing legal custody and care for neglected and dependent children. The Browns also worked with the Lebanon Home, a shelter for wayward and homeless girls that opened in Seattle in 1908. Libbie was its superintendent from 1915 to 1921. She died in 1925.

One of H. D. Brown’s pastors stated that his last years were lonely, and yet he was a beloved and avuncular figure in Nazarene circles.

He died in 1940 at age 94, having attended church the Sunday before he passed.