Out of the Mouths of Babes

Written by Cara Shonamon
Musings of a Ministering Mother 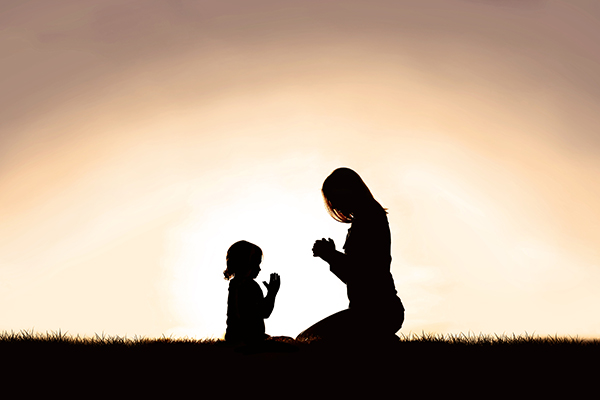 You know the phrase. It’s a cliffhanger in conversations, suggesting wisdom is to be found in the simple, sincere words of children.

But where did the saying originally come from?

I was reading in my morning quiet time the story of the triumphal entry of Jesus into Jerusalem, culminating in his arrival at the temple. There, he turned over the tables of the money changers, declaring it a “den of robbers” (Mt 21:13b NIV).

For some reason I always thought Jesus departed the temple right away after this incident, but the narrative goes on to say, “The blind and the lame came to him at the temple, and he healed them.” Jesus remained in his father’s house, even after he created such a stir, healing those who came or were brought to him.

Understandably, the religious leaders were not thrilled about the activity and interest surrounding Jesus. Like salt to their wounds were the shouts of the children in the outer courts, “Hosanna to the Son of David” (Mt 21:15b).

This was the last straw for the indignant chief priests and teachers, who scolded Jesus, asking if he could hear what the kids were saying. He responded, “Yes” then quoted Psalm 8:2: “From the lips of children and infants you, Lord, have called forth your praise” (NIV).

Of course they had heard that passage before. The Psalms was their prayer book. They knew them front to back and in and out. The Common English Bible translates this passage as: “From the mouths of babies and infants you’ve arranged praise for yourself.” Jesus was saying kids really understand what it means to praise God. They are concrete thinkers. They get it. They are truth-tellers who declare the praise of God.

Kids truly are amazing. They really do get faith and don’t complicate it in ways adults do.

It is interesting that it is only after this encounter Jesus leaves the Temple.

The New King James Version translation of Psalm 8:2 reads: “Out of the mouth of babes and nursing infants You have ordained strength, because of Your enemies, that You may silence the enemy and the avenger.”

Out of the mouths of kids the praise and strength of God is declared. I grew up thinking this saying had to do with the fact that kids are so honest and innocent, which is the subtext of the passage. But the full meaning is that kids declare the strength and goodness of God. With their mouths, little ones affirm the kingdom of heaven.

Kids truly are amazing. They really do get faith and don’t complicate it in ways adults do.

Every night my husband and I spend time reading the Bible together and praying with our kids. I ask them if they want to pray. Some nights all three do; other nights there may be only one or two.

Lately, our 5-year-old, Alice, has been saying long, powerful prayers. We sit in awe at the depth of words we have not coached. She starts off saying, “Dear God, you are the only one to be praised. You are worthy, and we only worship you.”

Continuing, she prays about all that God has created and continues to offer praise. As she comes to a close, she leads us all in the Lord’s Prayer.

Out of the mouths of babes, indeed!

Alice totally gets it. She doesn’t complicate things. She just trusts and knows that God is good. God is worthy of praise.

At breakfast, we take time to read Scripture and share a devotional thought. Recently, we talked about Mary and Martha. One of the devotional questions was why Mary’s choice to sit with Jesus was better than Martha’s decision to be busy preparing the meal.

Our 7 year old, Kenzie, responded, “Because it’s best to be with Jesus and rest!” I asked her why we need to rest, and she replied, “Because God worked for six days and on the seventh day he rested. God wants us to rest, too!”

Out of the mouths of babes, indeed!

When my kids talk to and about God, and do so with such passion, I am humbled and reminded of God’s goodness. I am also reminded of the importance of childlike faith. How often do I worry about the details of life? How often do I neglect rest because of this fast-paced world, instead of living with a simple trusting faith in God.

Rev. Cara Shonamon is co-lead pastor of Shawnee, Kansas, Church of the Nazarene.