Written by Steven Burns
From his column To Your Health 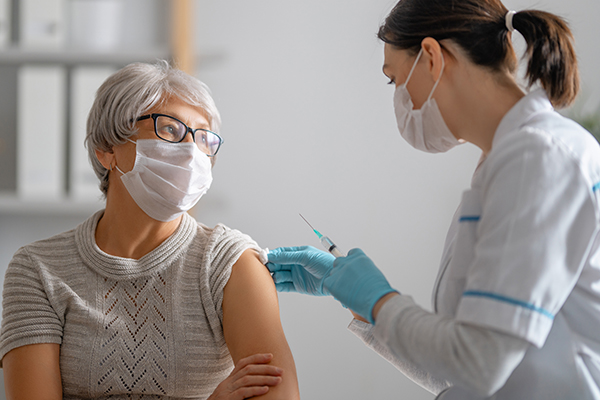 At the time I am writing this article, we are seeing a pandemic surge that everyone hoped would never come. The vaccine was supposed to keep this from happening. We were supposed to be free from masks and back to normal after 18 months of lockdowns, isolation, and fear. What happened?

A Bit of History

In January 2020, a new virus arrived in the United States. One that had never been seen. One that appeared at first to be possibly just a nuisance, a distraction. As of August 2021, that virus had killed over 600,000 people in this country, and over 4 million worldwide. The virus became a politically divisive issue that pitted friends against one another and threatened to permanently scar our culture.

Then, in the shortest time ever, effective vaccines were produced, vaccines that promised to make us all safe again. But by this time, the culture was so poisoned that nefarious actors, including politicians, unscrupulous charlatans, and even some pastors, were able to sway the populace that the vaccines were dangerous, more so than the virus itself. They said these things despite vast evidence proving they were wrong, that their rhetoric was dangerous, and that their influence on others to avoid the vaccine would cost lives.

What we now have is a pandemic of the unvaccinated.

In recent weeks, there have been several articles about people who had openly opposed vaccinations contracting COVID-19 and dying. Some were able, before their deaths, to admit their error and ask that people get the vaccine. Some patients who had avoided the vaccine have asked to get it as they were being placed on ventilators, apparently not understanding that no vaccine is effective when a person has already had the disease.

A Pandemic of the Unvaccinated

What we now have is a pandemic of the unvaccinated. ICUs are filled with patients who could have gotten the vaccine and chose not to. 97% of the patients currently in the hospital with COVID did not get vaccinated. Only a few vaccinated individuals have been hospitalized with COVID. The rest of the patients either refused the shot, or, in the case of children, were not old enough to receive it. The average age of hospitalized COVID patients has dropped to about 40.

Because of the ongoing infections, variant forms of the virus have occurred. The latest is Delta, which is as contagious as chicken pox—one of the most transmissible viruses in existence. The variants have infected even those who were vaccinated in some situations. I have seen two such “breakthrough” cases in my practice already. Those who are anti-vaccine have used examples like this to imply that the immunizations are not effective, but we always knew some people who were vaccinated would get the virus. We just expected that their cases would be much milder. And that is exactly what is happening.

Why Have Some Vaccinated Persons Been Infected?

So, why do some become infected even with the vaccine? Immunity varies from person to person. During studies for approval, the Pfizer-BioNTech vaccine was shown to be 95% effective in preventing infection. Of course, people with immune deficits are not allowed in such studies. Now, when the vaccine is given in the real world, there are much greater variations among those receiving the shot. Some have poor immunity due to an illness at the time. Some have autoimmune diseases that limit their response to the vaccine. Some are taking medications to prevent organ transplant rejection, which greatly lowers their immune response. Some are on chemotherapy for cancer or other diseases. Some have HIV. When all these people get the vaccine, the effectiveness is much lower than in the studies, so they are more likely to contract the virus.

Is COVID Here to Stay?

At least once a day, I am asked in my practice, “What about a booster shot? Will I need to get one?” At this time, the only answer is, “I don’t know—and neither does anyone else.” By the time you read this, there may be boosters available, at least for those who have poor immunity or certain chronic diseases. We don’t yet know whether there will be different vaccines each year in the future, or if the same one will be needed annually. Again, the answers should be coming shortly.

It appears likely that the COVID virus will become “endemic,” meaning it will be with us as a new virus that is—like the flu—circulating constantly. We hope that, as time passes, the dominant variant will eventually be a less virulent one. We can also hope that there will be antiviral medications that can be given at the onset of the virus, like certain medications we have for influenza.

What Can I Do to Stay Safe?

What can you do now? First, make sure you are not spreading the virus to others. You can reduce the chance of spread by avoiding direct contact with others if you feel ill in any way. Wear a mask, as it probably has some benefit, although no one will tell you that masks by themselves are completely effective. They are just a tool to reduce the spread. Second, get the vaccine. So far, 70% of adults in the United States have received at least one dose. That’s good, but not nearly enough. We will need 80-90% of the population to be immune, through vaccination or having the illness. Third, use your influence to get those around you to follow good practices and take the shot. I’m not asking that you become a “Google doctor,” but rather to help those around you to listen to real doctors who have their best interests in mind.

Keep this in Mind

Remember, also, that our talk about serious issues should reflect the God we know and serve. In John’s Gospel, Jesus said, “Let me give you a new command: Love one another. In the same way I loved you, you love one another. This is how everyone will recognize that you are my disciples—when they see the love you have for each other” (John 13:34-35 - MSG).

Go and do that.

Dr. Steven Burns is board-certified in family medicine and has been in practice for more than 30 years. His opinions are his own.