Another Lesson from the Life of Joseph

From his column Life Stewardship 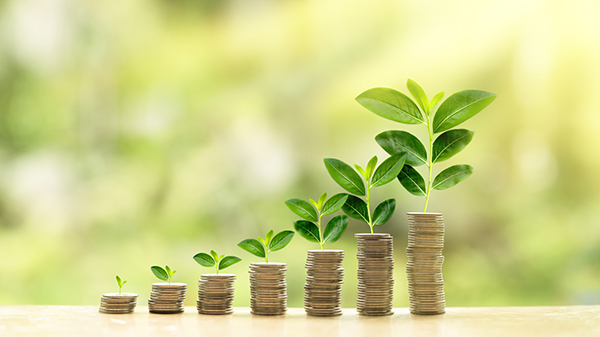 In the last issue we discussed Joseph’s interpretation of Pharaoh’s dream and how the principle of pre-planning applies to the importance of creating an emergency fund. But there’s another lesson to be learned from Genesis 41. It’s what an economist would call “opportunity cost.” That’s just a fancy way of saying that you can’t spend the same dollar twice! If you spent it yesterday, it isn’t available to spend today or tomorrow. While the idea seems simple and obvious, it’s easily overlooked in our daily financial transactions, and that can cause a great deal of pain.

Why would we overlook it? For a number of reasons. One is that marketers and salespeople emphasize that we need to buy whatever it is they’re selling now. Don’t wait! Hurry up and make a decision now without considering if that money might be needed later.

Salespeople aren’t the only ones. The availability of credit cards leads us to believe that money is always there for us. After all, if we still have available credit, we can spend the same dollar again tomorrow—or at least it seems that way. In reality when we act on our impulse in such situations, we take a future dollar away from ourselves (actually more since we’re probably paying interest on the money borrowed). Every dollar we owe to a credit card company is a dollar we don’t have to spend later.

Why do economists call this phenomena an opportunity cost? Because by spending a dollar today, we’ve cost ourselves whatever opportunity might become available tomorrow. The opportunity to buy a donut today is not available because you spent it on a soda yesterday.

You might be asking, “Why is that important?” It’s tempting (and probably true) that you’ll always have at least a few dollars in your pocket. It’s also true that we feel the effects of an opportunity cost more when larger amounts are involved. The money we used as a down payment for a new car last month is now needed to replace a refrigerator, but it’s not available because we already spent it.

Still, we should not ignore the dollar or two that we spend each day. Let’s put it on a personal level. That soda today might only cost a dollar. Big deal! But what happens if that dollar is left untouched for years? Or, if we saved a dollar a day and repeated the exercise for years?

Let’s say we saved $20 each month and put it in an investment account earning 4% (a rate lower than the long-term stock market average). In 20 years we’d have $7,379. Hard to believe that choosing not to have a fizzy drink could be so valuable!

If we manage to set aside just a few dollars regularly, it will add up over time.

Joseph had an advantage that most of us don’t have. Not only did the Lord reveal the future, He also provided seven prosperous years. In Joseph’s case, he stored excess in the good harvests which presented the opportunity to sell and earn a profit for Pharaoh and even help the same brothers who sold him into slavery.

But that doesn’t mean we can’t make opportunity costs work for us. If we manage to set aside just a few dollars regularly, it will add up over time (remember our lesson on sowing and reaping?).

The Lord showed Joseph the need to save for tomorrow, especially in prosperous times. He also warned Joseph of the cost of failing to do so.

Gary Foreman is an assistant pastor, author, former financial planner, and founder of TheDollarStretcher.com. If you have questions or suggestions for columns, send them to us at pensions@nazarene.org.